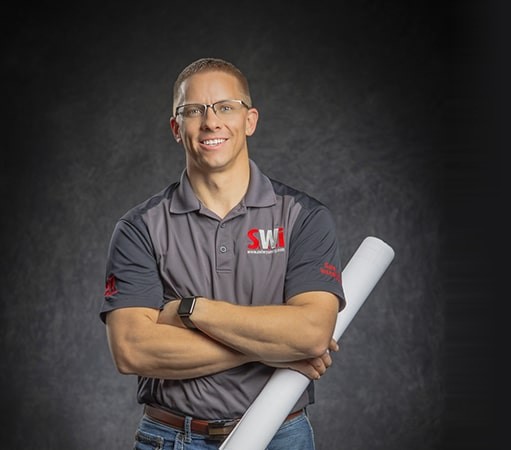 My name is Mark Olson and I am the Founder and President of SWi Fence. I have been installing fences in Wyoming for over 28 years.

In 2015, my brother Alan and I founded SWi Fence, establishing our Corporate headquarters in Powell, Wyoming.

Since then we have opened several more locations, and are still growing to better serve the great state of Wyoming. SWi Fence, LLC is proud to be Wyoming's largest and most trusted fence company.

As of September of 2015 SWi Fence, LLC officially opened up the new office facility in Casper, Wyoming. SWi Fence hopes to grow bigger each year and to encompass more areas by adding new locations throughout Wyoming for serving the community and providing high-quality workmanship and products. The new Casper office is the next step in SWi, LLC's plan to provide more of our services locally.

The Olson's have been providing quality service since 1994. Brothers Mark and Carl Olson founded the company, and their brother Alan Olson joined them recently as a new co-owner.

Mark and Carl started out by building a few small fences for neighbors and friends while Carl pursued a journeyman electrician license and Mark studied architectural engineering at the University of Wyoming in Laramie, Wyoming. In January 2002, Mark and Carl decided to make their dreams of owning their own business a reality. They began to advertise, and soon the calls were coming in. Initially, Mark worked full-time for the company, while Carl worked part time and kept his job as an electrician. Carl joined the business on a full-time basis in the spring of 2003.

SWi's diversity has helped the company to thrive and in 2014 moved into our new facility at 988 Road 8, in Powell Wyoming. The company employs a staff of 15 to 30 employees, and it continues to grow through numerous contracts with mineral companies, state, and federal entities plus their loyal base of customers in Wyoming, Montana, North Dakota and beyond.

Mark and Alan are proud of their reputation for quality installations and excellent customer service. The company strives to be the leader in the industry with ongoing training and strong professional alliances with contractors and suppliers.

My name is Mark Olson, Founder and President. I have 29 years of experience and 7 years of service with SWi Fence, LLC. I currently serve in our Florida headquarters in St. Augustine, Florida.

My name is Alan Olson, Founder and Vice President. I have 23 years of experience and 7 years of service with SWi. I serve in the Cheyenne, Wyoming Branch.

Hi, my name is Veronica Richardson, and I am the Office Manager. I have been in the fencing industry since 2008. I started working at SWi Fence in 2017 and I serve in the Casper, Wyoming Branch. I've worked closely with the AFA's Operations Management School as an instructor and was awarded Outstanding Committee Achievement for my assistance in writing the curriculum.

Hi my name is Stephan Anderson, Outside Sales. I have 9 years of experience and 7 years of service with SWi. I serve in the Corporate headquarters in Powell, Wyoming.

My name is Steven Rakness, Store Manager. I have 6 years of experience and 5 years of service with SWi. I serve in the Cody, Wyoming retail store.

Contractor of the Year

To learn more about SWi Wyoming, check out the videos below.

Where to Go From Here?

Our FREE online Fence Estimator Tool makes it easy to compare pricing of different configurations, options, and styles. You can get an instant price quote to help you make the best decision for your situation!

Get an Instant Fence Quote!

Do you have questions about our products or services? Our FAQ page addresses many of our most Frequently Asked Questions and may have the answers you are looking for!

Would you like to speak directly with one of our expert fence consultants? We are here to answer any questions you may have and to help you with designs, layouts, and options. We are here for you!

Get a Free Fence Consultation